An interesting experiment into VR Movies

Reviewed by Griffin on 31st October 2020 on Windows Mixed Reality

While The Steam page does not list WMR support, I played through the entire experience with the HP reverb with no issue.

The game does not use any controllers but rather a gaze look to select from the menu.

Gloomy Eyes is not a video game but rather a short film. The story is broken up in to three chapters that are about ten minutes each, in total taking 30 minutes to watch the entire experience.

Gloomy Eyes, both from the story and visuals, reminds me of something you might see from a Tim Burton animated film, The Corpse bride specifically, but I will try to avoid any spoilers for the story in this review, however if you enjoyed such works as A Corpse Bride, Caroline or 9, I Suspect you will like this story.

Visually the movie has a wonderful styling, this being the entire reason I even bought the gloomy eyes, however the bigger draw might be the films narrator Colin Farrell who does a wonderful job with his role.

I played this on an:

but unfortunately I did not find the experience ran very well, often at times dropping to 60 fps. This was mostly not a problem if you were just watching the experience but if you ever wanted to move your head there was noticeable stutter.

The game really had no reason to be this intense, as from my experience there is no interactively and at any given moment there is only a small section of visuals rendered.

This brings me to my second issue, which is while a neat experiment for VR, apart from a few cool shot transitions I really did not get the feeling that this needed to be played in VR. Everything takes place on small theatre like islands that really could be viewed from a 16:9 monitor all the same, nothing ever happens that would require you to move your head or look around to multiple actions happening at the same time.

Overall Gloomy eyes is a fun experience but I would have to recommend waiting for a sale before picking it up.

Reviewed by Griffin on 31st October 2020 on Windows Mixed Reality 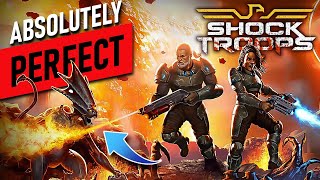 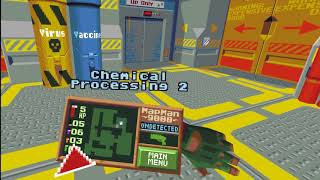 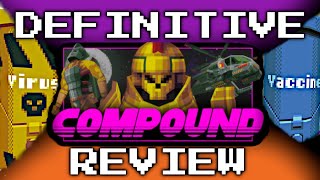